Mauro Guillen is a Professor of International Management at the Wharton School. He was born and raised in Spain, he completed his undergraduate degree in business and political economy at the University of Oviedo, and the PhD in Sociology at Yale. He does research on multinational firms, global digital platforms, and corporate governance.

Mauro is also the author of the Wall Street Journal bestseller book “2030: How Today’s Biggest Trends Will Collide and Reshape the Future of Everything”.

USEC recently had a unique opportunity to hold this exclusive interview with Mauro and ask him about his views on a number of current issues shaping the global economy and international trade.

1) You have recently published a fascinating book, “2030: How Today’s Biggest Trends Will Collide and Reshape the Future of Everything”, which we understand was mostly written before the COVID-19 pandemic hit. A famous graduate from the school where you teach, Wharton, is Nassim Taleb, who wrote “Black swan”. In this book, he argues that history is mostly shaped by low probability, high impact events which we are unable to predict but explain in retrospect as if we could. Based on the research for your book, which are the techniques that you used to establish predictions for the next decade and how confident are you about their reliability?

Covid-19 is indeed a once-in-a-century event. But that doesn’t mean its consequences are not predictable. As I explain the Postscript to the book, this pandemic is different than previous pandemics. It accelerates change as opposed to reverse it. For instance, the trend of declining fertility will accelerate as people lose jobs and they see uncertainty. As a result, the trend of population aging will accelerate. Another example is inequality. The pandemic is intensifying pre-existing patterns of inequality. It also accelerates the rise emerging markets, especially China. The most obvious acceleration is in technology adoption. The only big exception might be the reversal in the growth of cities, although I think that’s only going to happen in Europe and North America. So my only regret is that the title of the book should not be 2030¸ but rather 2028. The future is arriving faster as a result of this wretched pandemic.

2) Technology, in particular in fields like Artificial Intelligence and Biotech, is expected by many to create a growing level of disruption in all business areas in the future, at a non-linear pace. What do you expect will be the most significant changes we will see in the next decade derived from them?

AI will replace some routine cognitive jobs, but it will mostly be used as a way to complement human capacities, expanding them, especially in cognitive jobs. When it comes to manual jobs, AI will continue to make automation possible. The most important frontier will be the transportation system.

3) We are less than 2 months from a Presidential Election in the US that some say will have a very significant impact on the global economy, international relations and trade. Can you share your views on how significant the impact will be on those areas and what should be expected depending on who wins?

Trump has managed to shift the debate away from international collaboration and towards confrontation. The decline of the U.S. relative to other parts of the world will continue. If Biden wins, there might be a partial reversal of the confrontation with China, and definitely with Europe.

4) In your book you highlight the risk faced by many countries Western Europe and East Asia regarding the expected increase of the elderly-to-youth ration in future decades. Spain is particularly sensitive in this area. What kind of policies should the government of these countries push in order to deal with this situation?

Population ageing in countries with high unemployment is a big problem. There are only three solutions: growing the economy, absorbing working-age immigration, and postponing retirement age. I see no other solutions.

5) Based on your analysis of today’s trends and the predictions made for your book, what type of opportunities do you foresee that companies from Spain could benefit from, in terms of doing business internationally and specifically in the US?

Between 2010 and 2019 Spanish companies demonstrated that they could turn what used to be a huge trade deficit into a surplus. They competed in global markets, and were able to help the Spanish economy overcome the recession. This effort must continue now. I think Spanish companies in the service sector can grow even more in the U.S., from infrastructure management and consulting, to IT solutions and the life sciences. There are hundreds of small and medium sized Spanish companies in those sectors with a presence in the U.S. There is still room for further growth.

6) Without a doubt, COVID-19 has created significant disruptions in global supply chains, forcing many organizations to rethink their procurement processes. Do you think this will lead to some level of deglobalization in the coming years and how do you expect it to impact international trade in general?

I see nearshoring more than onshoring. For instance, American firms sourcing from Mexico instead of Asia. Companies have learned that they cannot have supply chains from only one origin. They will diversify them.

7) As an expert in international business we would like to ask you about the key factors that determine, in your opinion, the success of an internationalization project such as when a company from Spain tries to break into the US market.

The trick always is to identify opportunities that open up a path towards growth. Pursuing opportunities requires aligning the firm’s resources and capabilities with them. It’s not easy because there is strong competition from many places around the world. But we have shown that Spanish design, engineering, and management is competitive. We just need to keep on pushing. It’s not a sprint; it’s a marathon. 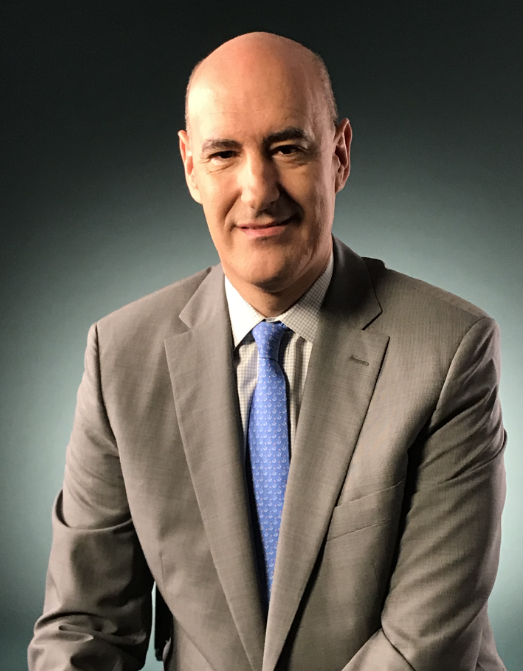 The US Spain Executives Community is a non profit organization founded in Washington DC in 2014 by a group of businessmen, executives and entrepreneurs. It has more than 200 formal members, leaders from the public and private sector located in multiple cities in the US and Spain. … END_OF_DOCUMENT_TOKEN_TO_BE_REPLACED